Living Faith with the Little Sisters

A unique aspect of CARITAS For Children's child sponsorship programs is that our ministry partners on the ground are always Catholic religious congregations or groups of priests. This means that the schools that we send our sponsored children to are always run, managed by, built by, or supported by these Catholic religious organizations. This makes it easy to keep our child sponsorship programs centered on God, ensuring that our CARITAS children grow up knowing who Jesus is and understanding that they are truly and deeply loved by God. And – frankly – religious orders are very efficient in managing these indigenous education systems.

One of the benefits of working for CARITAS For Children in Africa, is that I have had the opportunity to work very closely with our ministry support, the indigenous congregation of the Little Sisters of St. Francis of Assisi in Uganda, Kenya and Tanzania. Because I spend so much quality time with these nuns, I have had the opportunity to know some of the most beautiful, holy women that I have met in my life. To put it lightly, I am very often inspired by the faith, wisdom, and holy example that they show. They are truly living faith.

One of these sisters who taught in the schools that CARITAS For Children partners with was Sr. Mary John Battista. Last Tuesday, Sr. Mary John Battista died at age 89. She was a primary school teacher in Uganda, serving in Nkokonjeru, Namilyango, and Namagunga, three of the areas in Uganda where CARITAS children are in attendance. She lived a long, happy, healthy life, until December 2013 when she fell and broke her hip. Complications after hip surgery led to her death.

This specific blog post, doesn't have to do with one person, but rather, the faithful example that the sisters as a whole showed through their burial ritual. Sr. John Battista's funeral reveals the beautiful example of community that the sisters have traditionally formed since their origin, coming together in love to celebrate the life of their beloved sisters. I decided, instead of writing so much, to share my experience via the pictures that I took at the funeral. 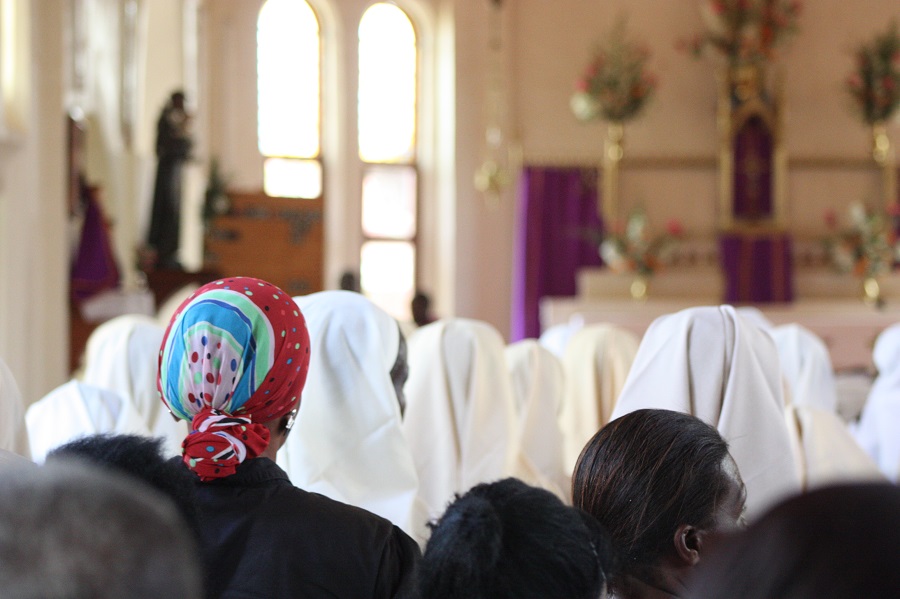 Nuns from Uganda, Kenya, and Tanzania, as well as the general public of Nkokonjeru came to celebrate Sr. John Battista's life. 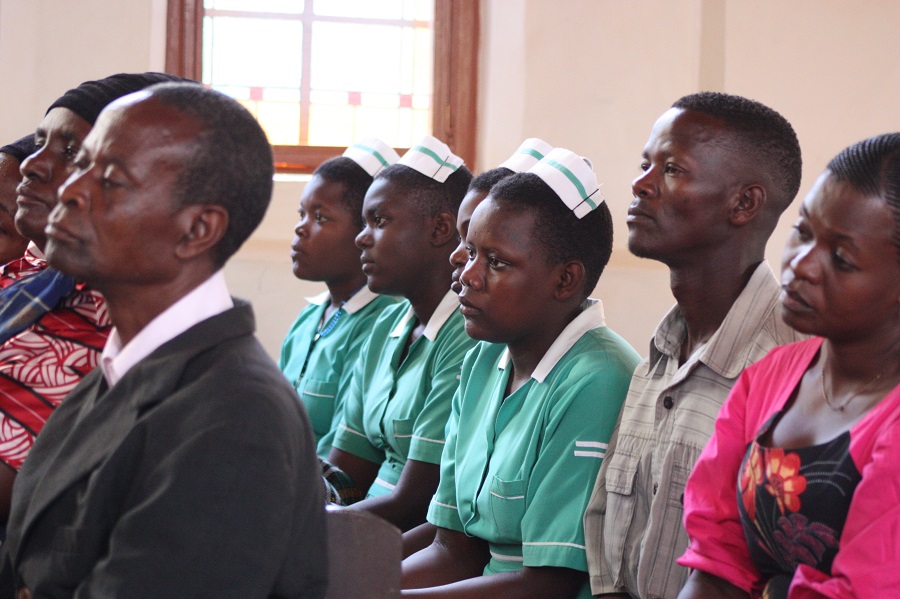 The nurses who helped take care of Sr. John Battista came to mourn their patient's death. 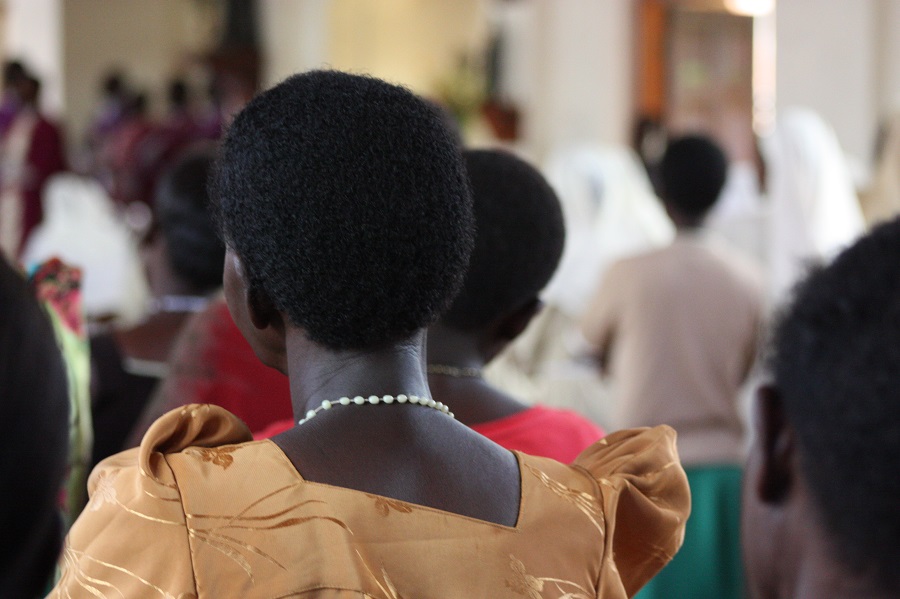 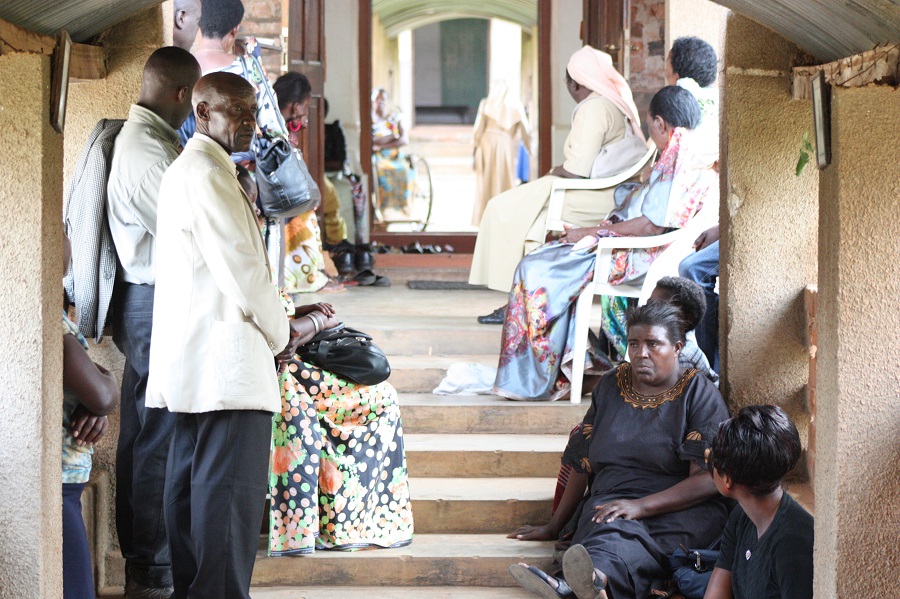 The church was overflowing with support for the late sister. 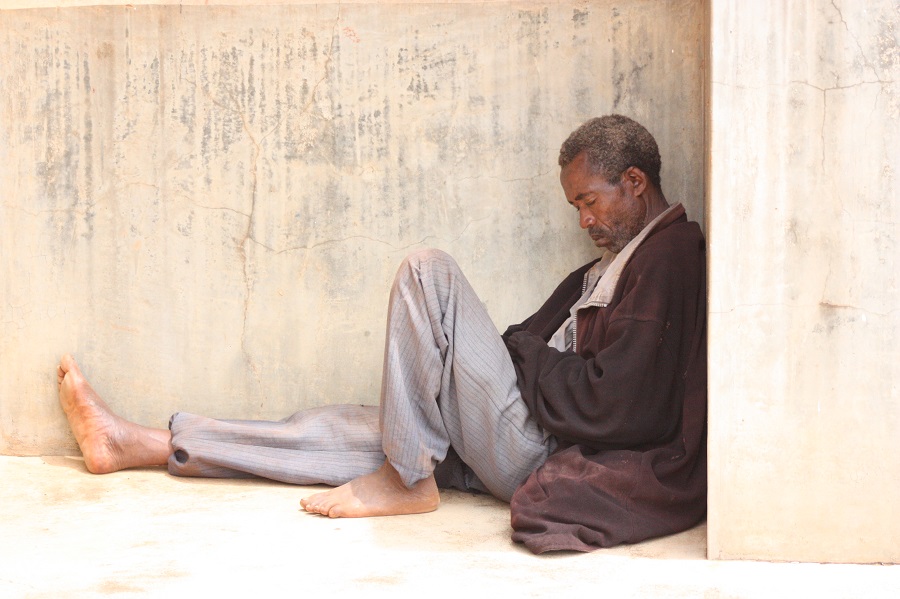 Another one of the local funeral attendees who could not find a seat inside.

The family of Sr. John Battista sat on the ground, close to the altar and to her casket. 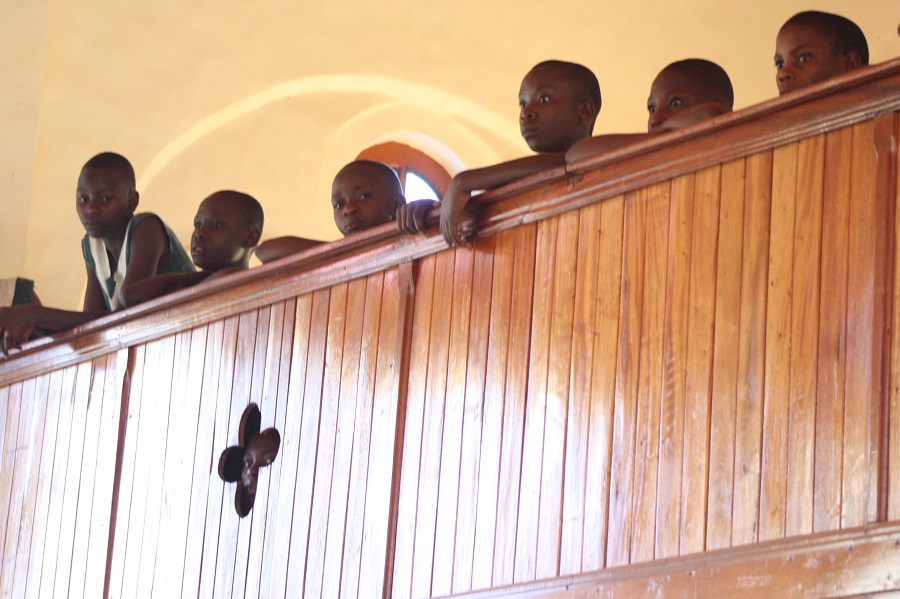 Children from St. Alphonsus Demonstration School flow up to the balcony. 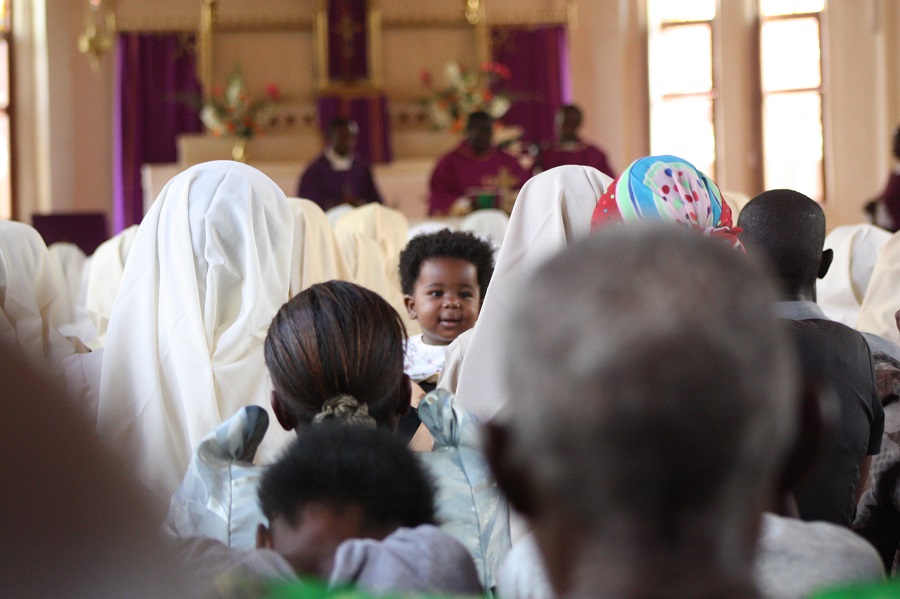 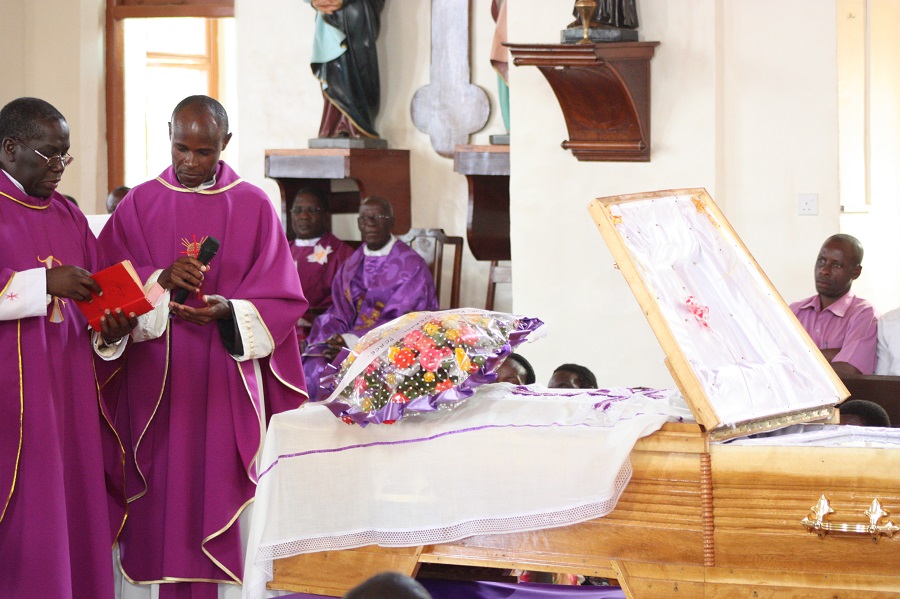 The priests give the final blessing over the late sister's casket.

Sr. Juliet rings the bell to announce that Sr. Battista will be buried. 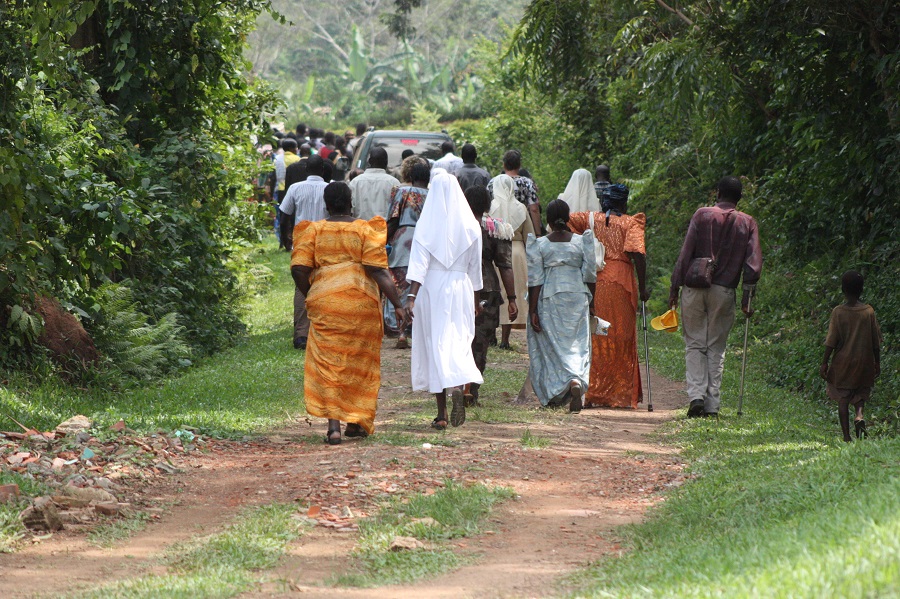 The mourners walk to the graveyard to witness the burial of the late sister. 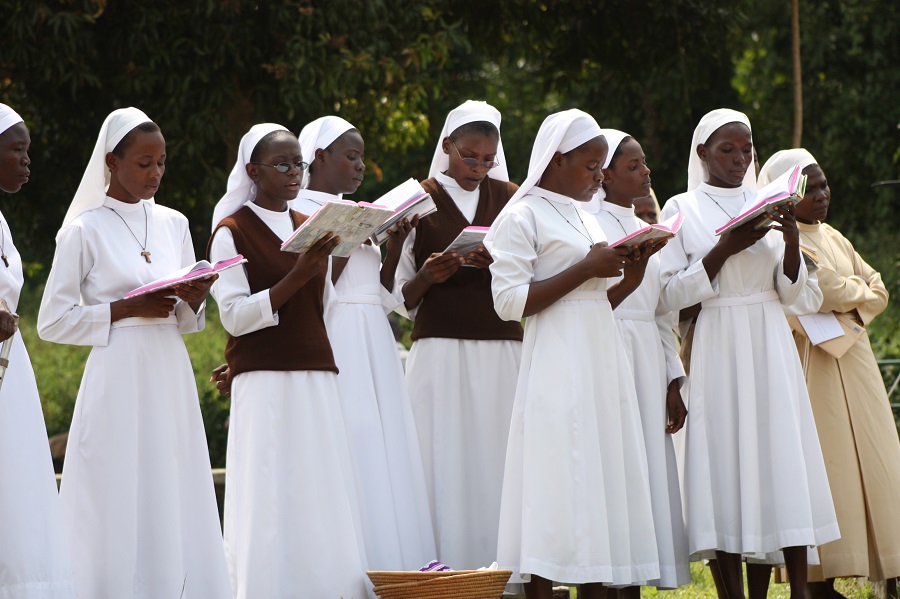 The choir sings as mourners drop flowers on the grave of Sr. John Battista. 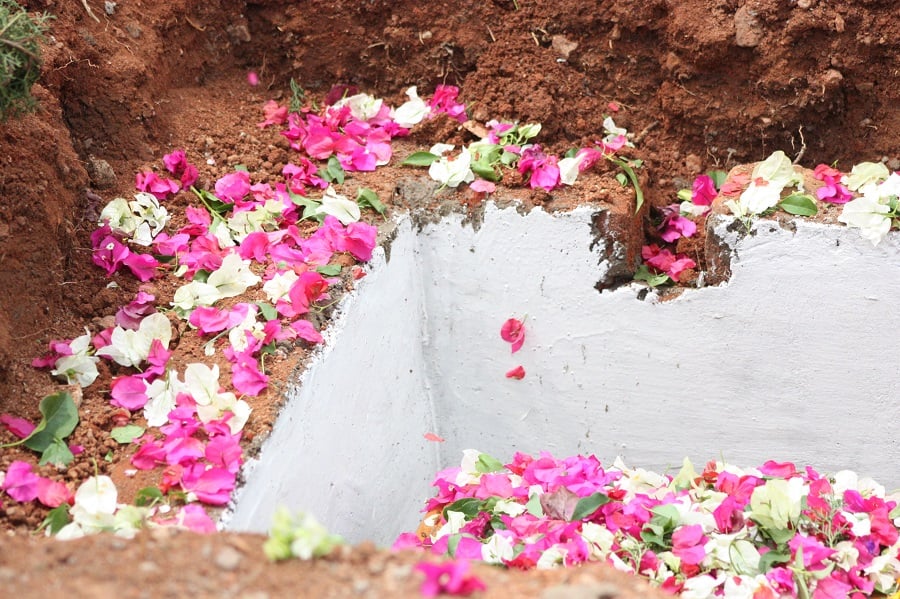 Flowers are dropped into sister's grave by every burial attendee. 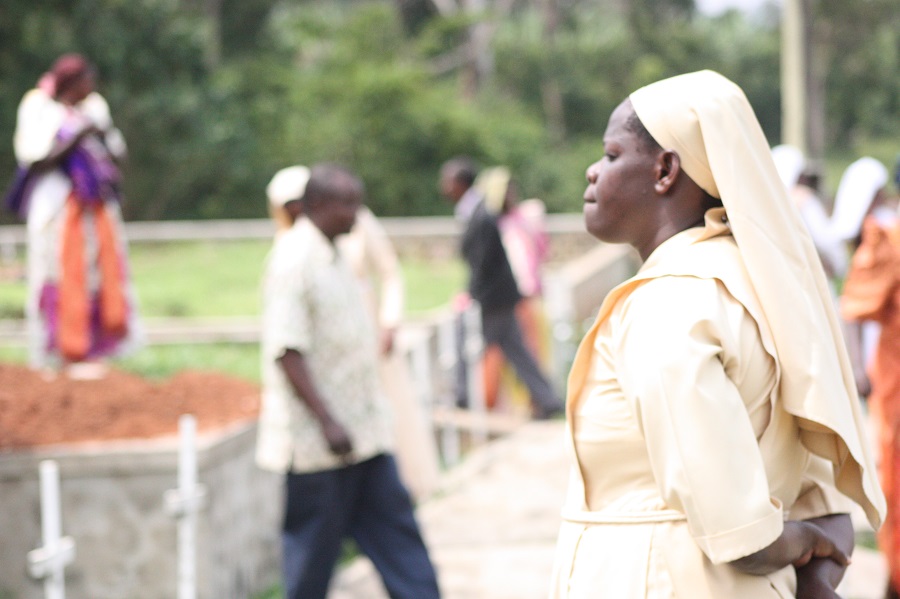 Sr. Goretti, the caretaker of Sr. John Battista, watches prayerfully as the final cement is put over her grave.

Mother Kevin's grave, opened only on the anniversary of her death each year, or when a sister dies, is opened to the public for prayer intentions. 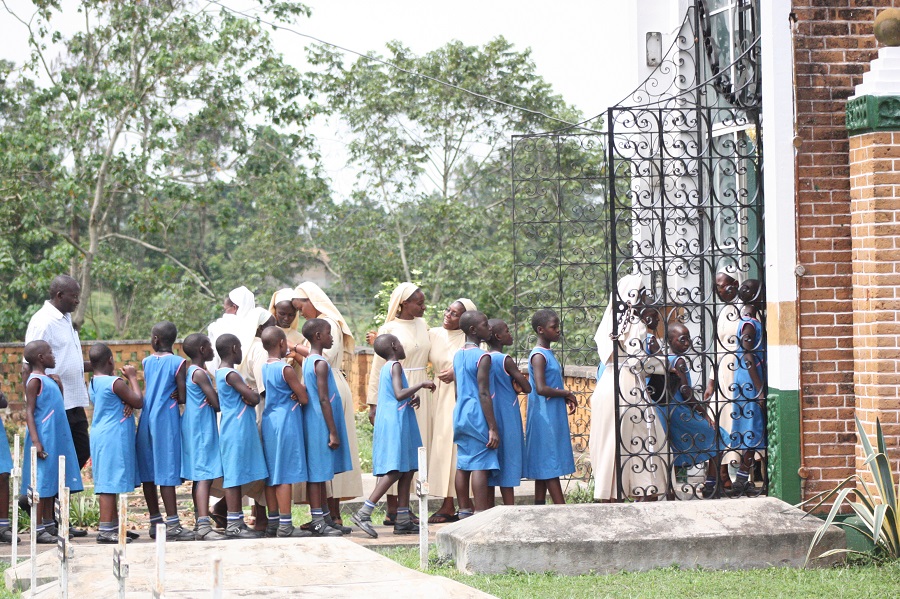 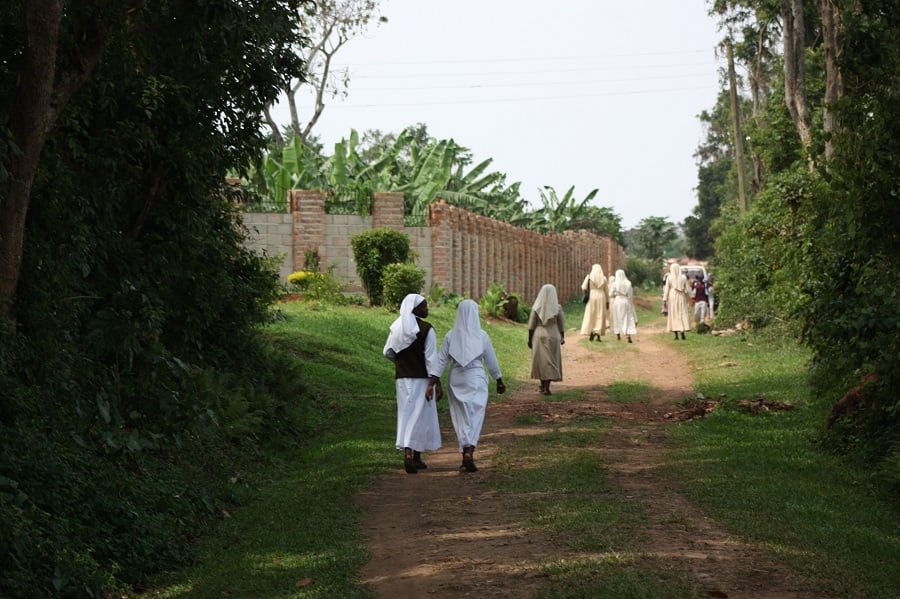 After the funeral, sisters walk home to resume their service in God's name. 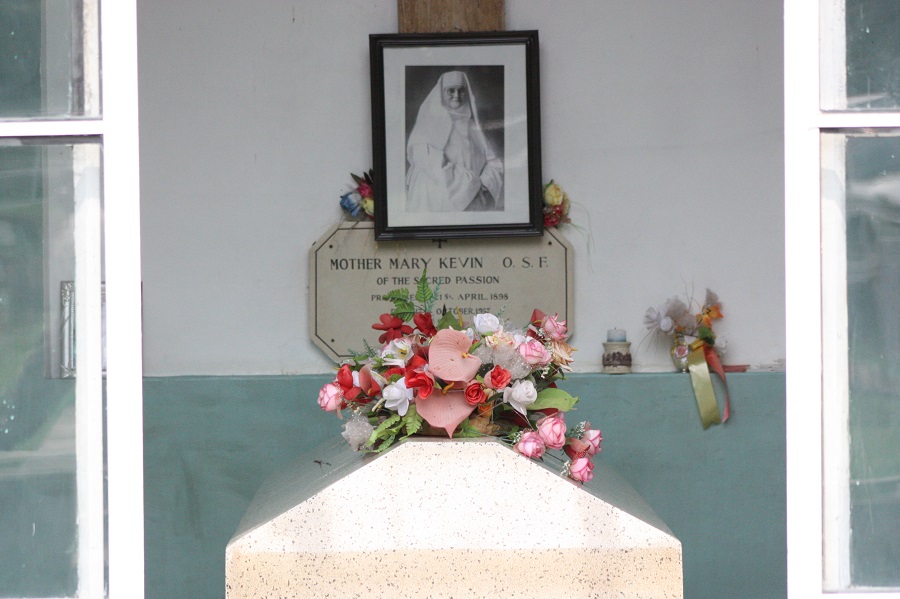 Mother Kevin, pray for us.