Ugandan Teen Supported by US Teens Through Child Sponsorship Programs

Working as Field Coordinator with CARITAS For Children, I am blessed to be able to see sponsorships from both the Ugandan side of things as well as from the American perspective. Many of these relationships, over time, develop into truly beautiful and meaningful friendships. One of my favorites has been that between the students at Milton High School in Wisconsin and a secondary school [high school] girl named Grace in Nkokonjeru, Uganda. 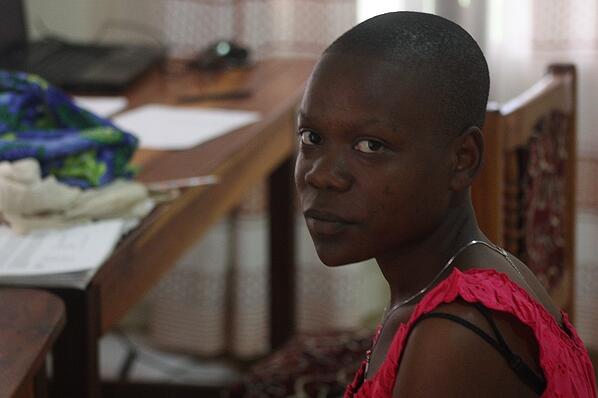 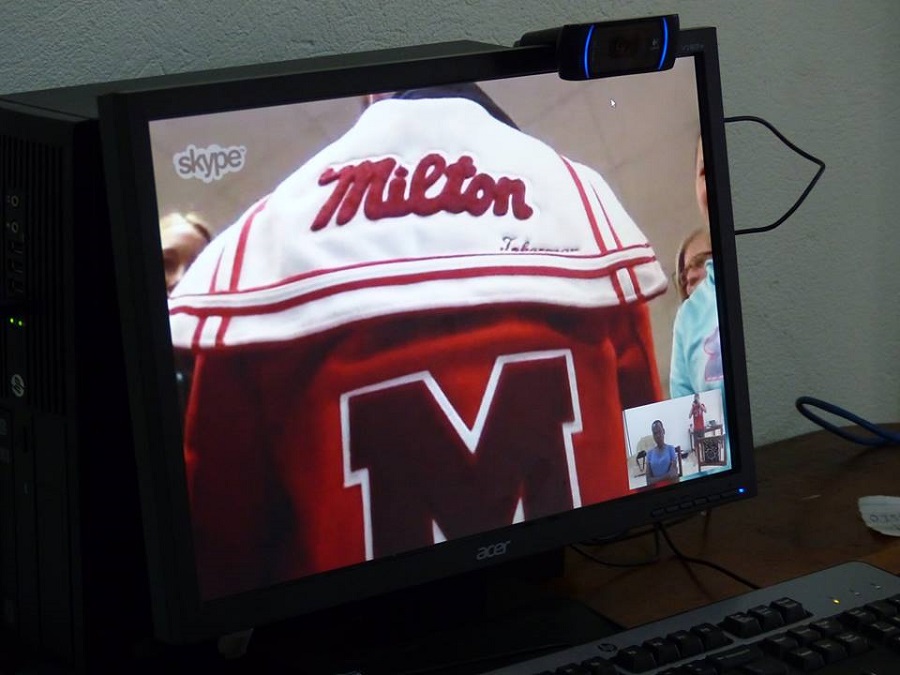 The Letter Jacket of a Milton High School Student in the CARITAS Club
I originally met Grace at her home where she raised by her grandmother since she was a young baby. A bit of background on Grace: her mother left after giving birth, and her father also did not meet Allen until she was seven years old – he heard a rumor that he had a daughter in Nkokonjeru, came to visit her once when she was only seven years old, and she has never seen him again after that. Upon meeting Grace and her grandmother, I saw that Grace's grandmother is a loving and compassionate woman who very obviously would do anything for her granddaughter. The need, however, was very apparent. 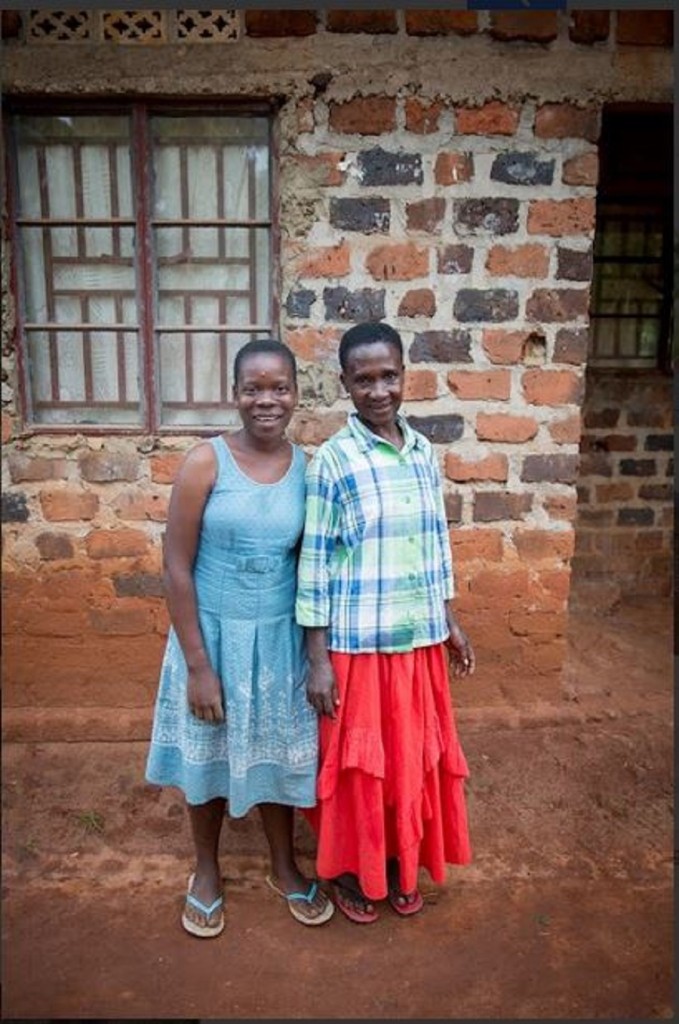 Grace and her grandmother in front of their home
After hearing Grace's story, Milton High School decided to sponsor her. She had just finished S4 (which is like sophomore or junior year of high school). She had only two more years to finish in school, but was such a bright and talented student that she dreamed about going to boarding school to get a better education. Before Milton High School sponsored Grace, she had been struggling to work for funds to go to a day school in Nkokonjeru. The hope of going to boarding school where her dream of someday becoming a doctor could be more easily met, was always at the front of her mind. Unfortunately even with the hard work of Grace and her grandmother, they could not fund her boarding school education.

As soon as the CARITAS For Children Club at Milton High School heard about Grace's situation, they began working very hard on a fundraising project. They started bake sales and other fundraising school events to help raise awareness about Grace's situation, and to collect money to fund her last two years of education at a boarding school. After much hard work and dedication by the students, enough money was collected to sponsor Grace for her last two years of secondary school at Stella Maris College. 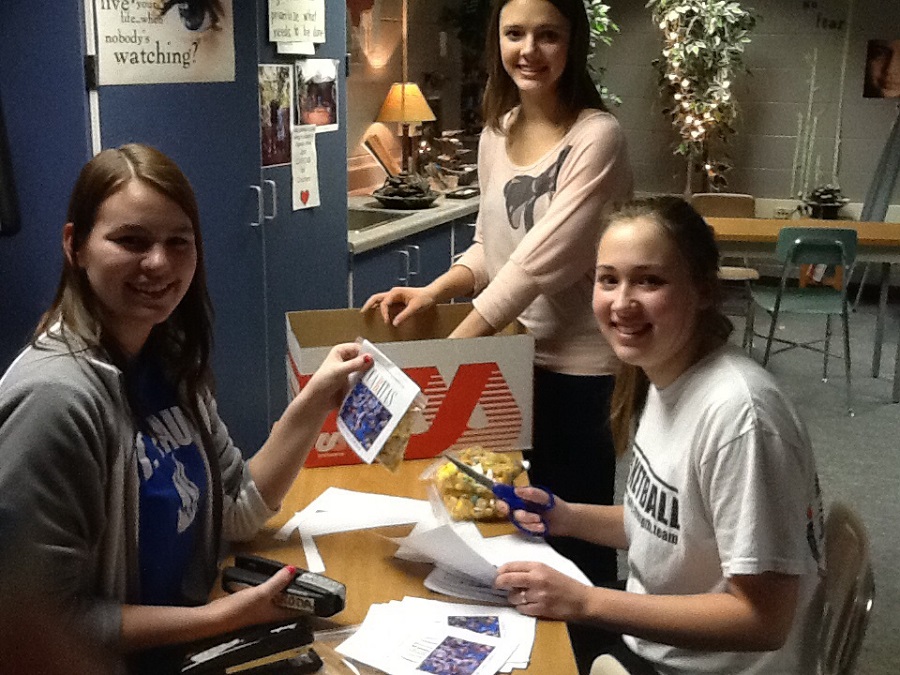 Grace and the students at Milton High School have now been having Skype meetings about once-a-month since their relationship began. On each end of the world, eyes were opened to the differences in culture, society, and material means. It has been interesting to watch, on both ends of world, the relationship produce much fruit. Instead of me narrating their relationship, let me share with you what Grace and her American friends have to say about the relationship that has been growing the past few months.

Grace Skyping with the Students at Milton High School

Below is what some of the students at Milton High School have to say about their growing perspective in regards to their relationship with Grace:

"Some days I just don't feel like going to school because I am too tired or just want to stay home. It is hard to believe that there are some kids who have no choice. They may want to go to school, but just can't. I am glad we can help her," said one member of the club.

Another member, Hannah, said, "It brought tears to my eyes when Grace said 'I never thought anyone would love me this much.' It feels so nice to be doing something for someone else instead of just thinking of myself." 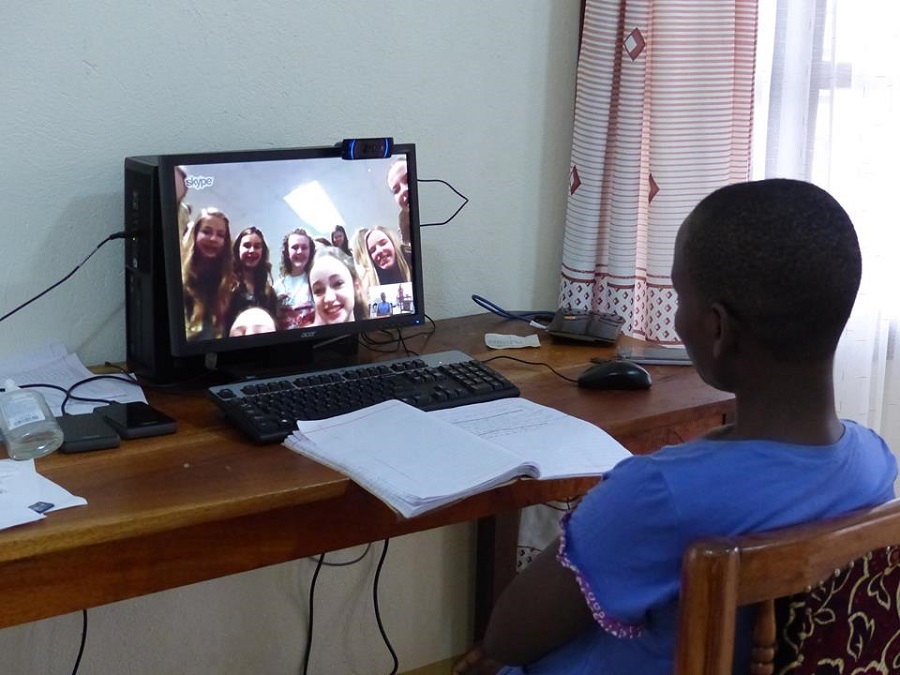 Grace meeting her new American friends on Skype for the first time.

Here is what Grace has to say about the students at Milton High School:

“Right now, I can say that it is the best thing that has happened to me so far in my life. First of all, they have helped me get an education. Secondly, they have shown me how important it is to love others, and have helped me to love other people. I can more easily see my dreams coming true right now. I want to study to become a surgeon. I also want to someday help other orphans who are in need on the street.” 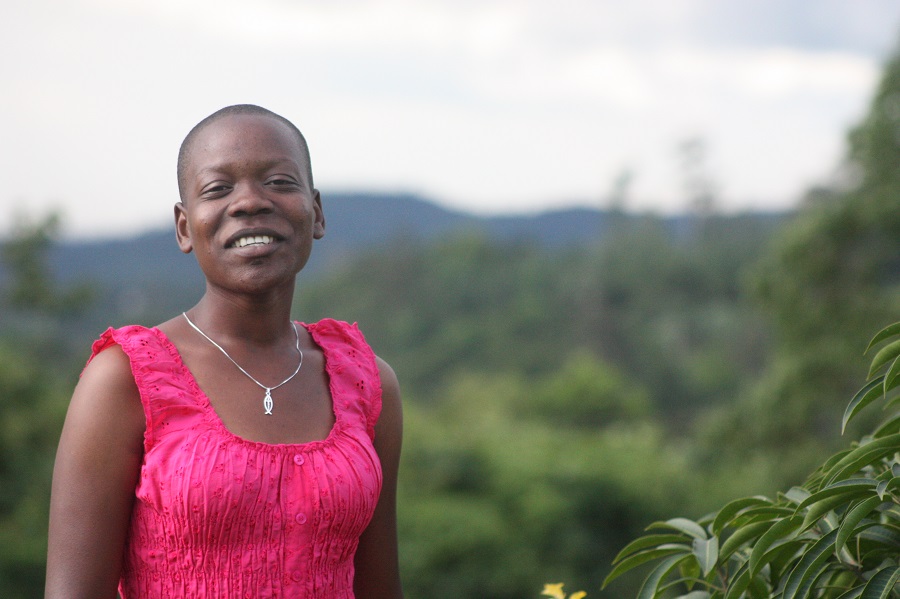 Grace wearing her new dress and necklace, given by her friends in the CARITAS Club

Let us pray that God continues to help children like Grace through the generosity of people like the students at Milton High School.