Returning to School in Haiti

An education generally represents a key with which to open the doors of success. The possibility of being sponsored through CARITAS For Children facilitates access to school for many children.

In Haiti as anywhere education has importance in shaping the future of everyone. 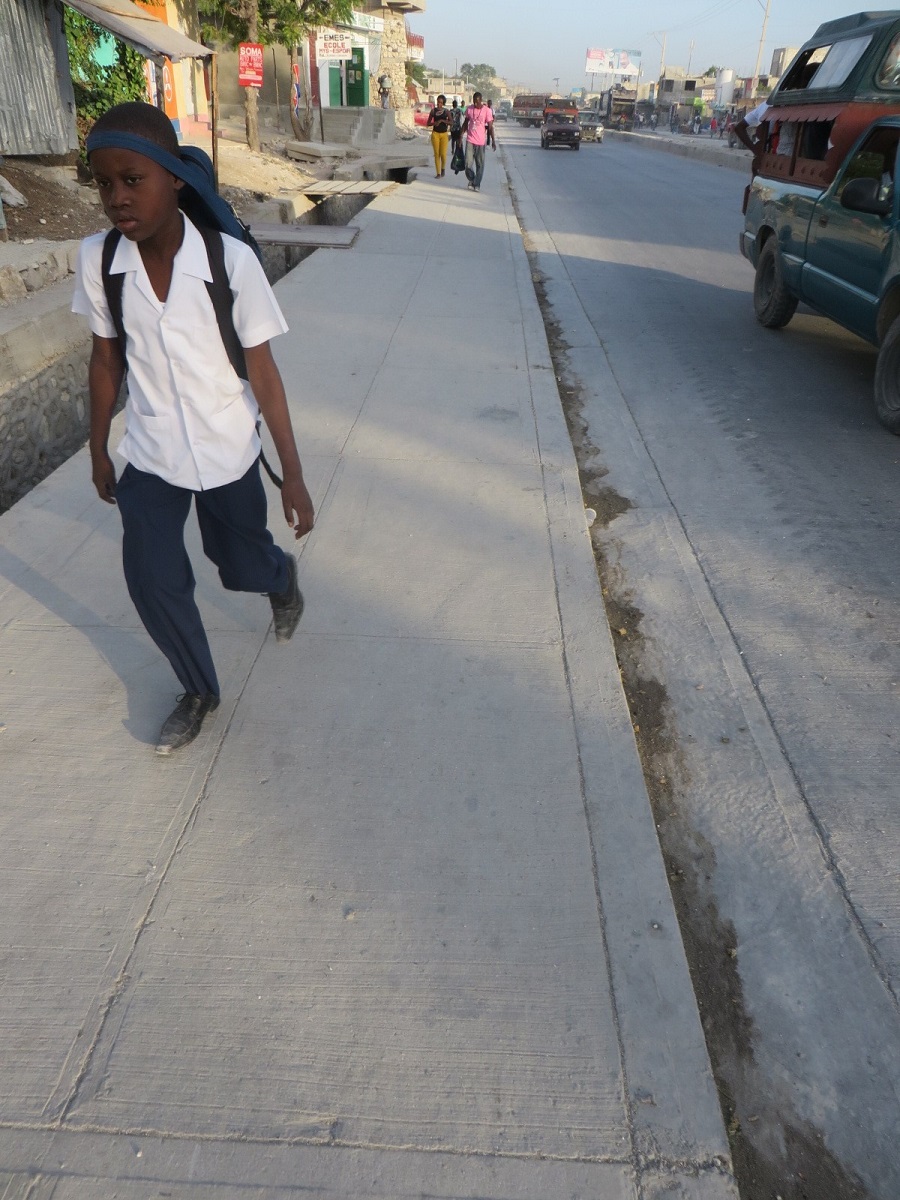 A boy walking to school in Haiti

The entire government and state agencies are mobilized to effect the return to school. The Department of Education administers the subsidy of books, teacher’s formation, so as usual, to facilitate the return and reduce the economic burden that represents for parents. Speaking of teaching and administrative staff, the Minister said that they will be regularized as resources are available this year.

The housing conditions in Haiti are still inadequate.

The education sector is the responsibility of the Minister of National Education and Vocational Training (MENFP). The department provides very little funding to support public education. Consequently, the private sector has become a substitute for public investment in government education, as opposed to an addition. The Department is limited in its ability to improve the quality of education in Haiti. It cannot identify all of the children in the streets and especially those who live too far from any city. 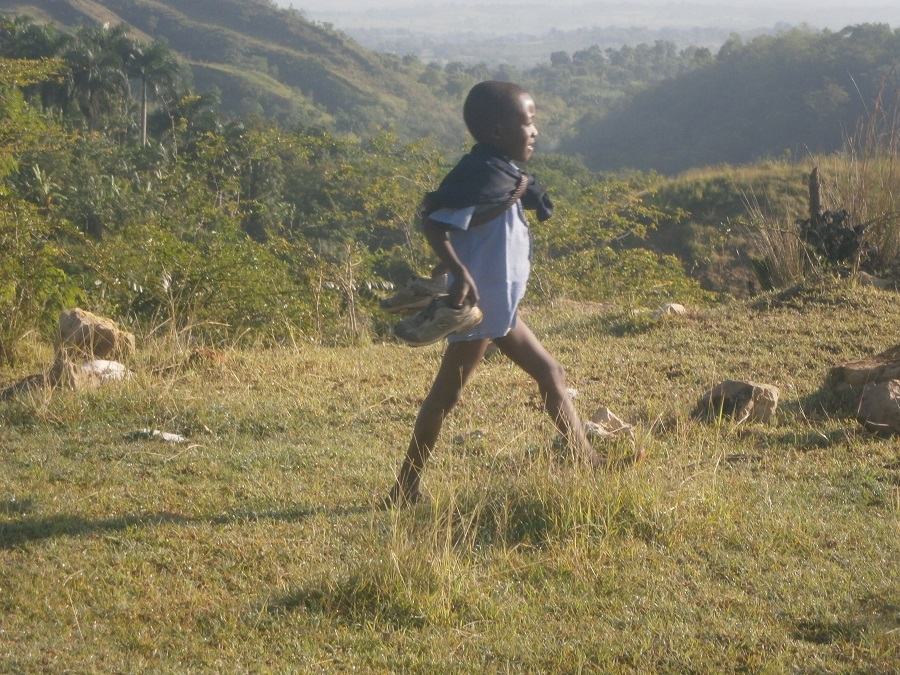 Very far in the countryside, there are no public schools.

Children who live in rural areas have to travel very far to school. The boy in the photograph above has to cross rivers and mud on his way to and from school. See, he removes his pants, wraps them around his neck and carries his shoes in hands to keep them clean and dry for school. 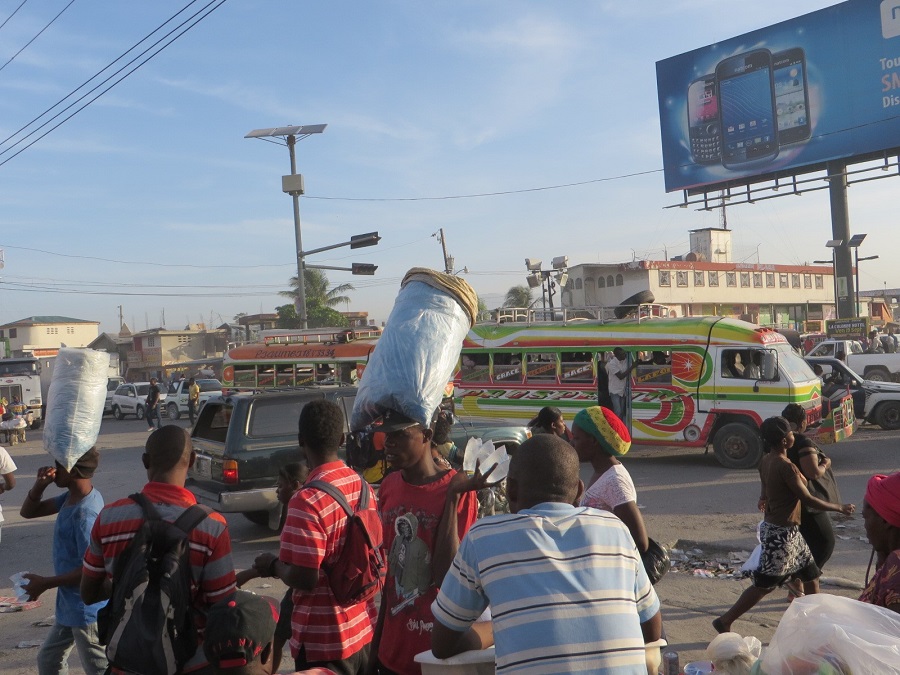 People are looking for life in the street; there isn't enough employment in Haiti. 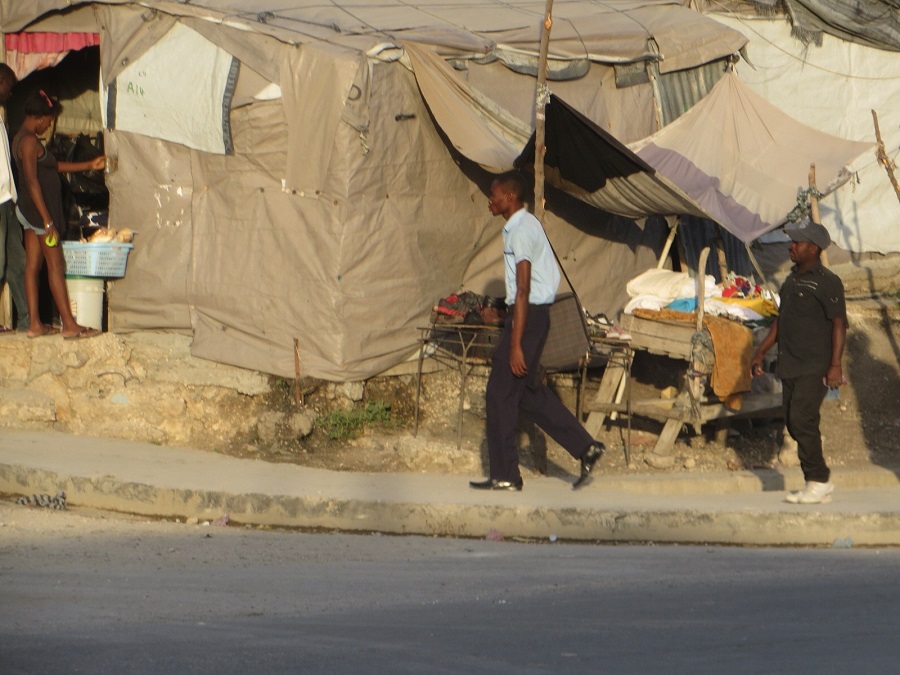 Those who are not on the street to sell put their things in front of their houses.

Many parents are not able to provide the necessities for their children to attend school. So there is a great confusion, between the governmental thought and the population’s reality. The Minister of Education said that pupils have to go to the official exam in uniform, and they subsidize some books; then they forget that most of the parents are selling clothes, shoes or books to make money. 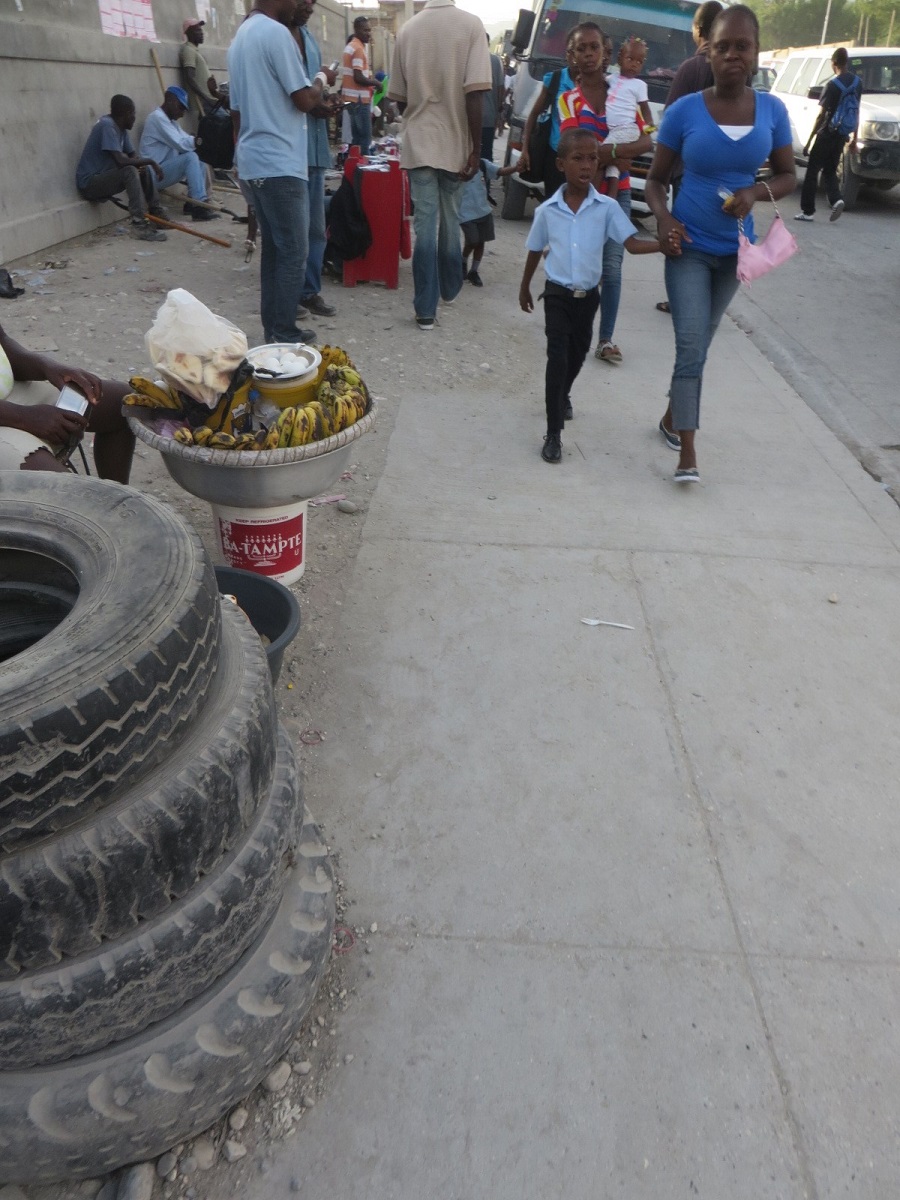 Parent walking their child to school

In the New Year many students will return to their school. Some will stay home. Not for lack of desire to return to their friends, share school experiences and gain new knowledge for the future. No. These students remain within the four walls of misfortune (the population growth – the lower salary – the weakness of the economy – the exportation rate) so that can be very difficult for these children to keep going to school.

There are almost no jobs in Haiti; the percentage of those working is very minimal. People fight to flow into the informal trade sector reflecting the history of trade and Haitian economy.

Primary school is from grades one through six. Children aged six to eleven years old are required to attend school. The reality is that a little more than 50% attend through Grade 6. After completing the sixth grade students must take a national exam to enter secondary school.

From there, students can go to vocational school or university.

CARITAS For Children sponsors are doing a good thing by helping some Haitian families who are really in need.