Meet Wiola: Growing up with CARITAS

Imagine you’re standing on the doorstep of an orphanage in Chotomow, Poland, not too far from the city of Warsaw. The ‘dom dziecka’ which means “children’s home,” is the only option you have left.

“A policeman took me and my three sisters to an orphanage. It was terrible—I didn’t know why I had to go there and what was wrong with my family,” says Wiola, a young Polish woman retelling her frightening experience.

It has been eleven years since that fateful day, but Wiola still remembers clearly what it was like to be taken from her family, her siblings split up in different places, and the confusion of not knowing why. 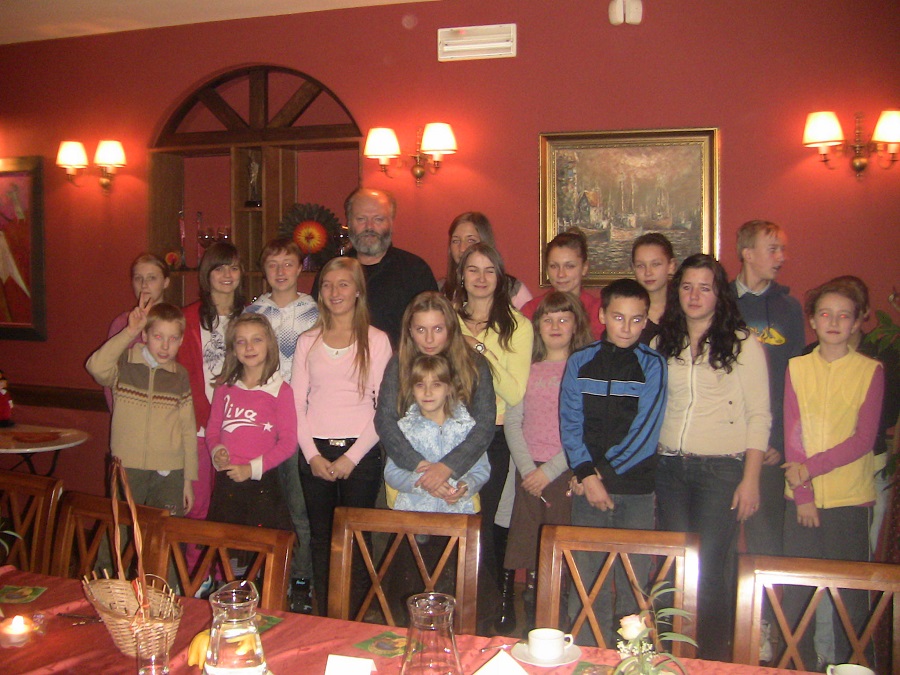 “We lived in a small house—maybe house is too big of a word—because we lived in two rooms with eight people,” she says. “I have two little brothers, also, but the policeman took them to a surrogate family. We couldn’t be together, and I think that was the worst for us.”

What do you see when you think of a child being left at the front door of an orphanage? Most of us imagine a baby bundled up warmly, unaware of the great tragedy that is about to befall them as a desperate mother fervently places one last kiss on the small face of their infant child before leaving them in the hopes that life will be better if they make this great sacrifice. What you usually don’t see, is a thirteen-year-old girl with two younger sisters in tow. 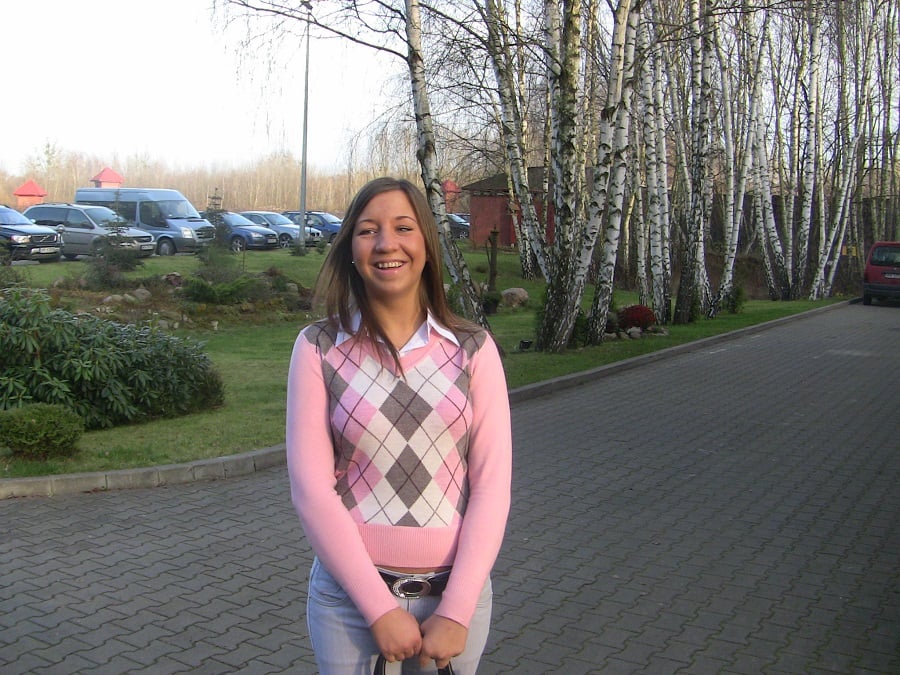 “I lived in the orphanage since thirteen,” Wiola says. “Seven years. Now I live with my younger sister.”

I scribble a few words in my notebook, waiting for the delay encountered when communicating over the internet between the United States and Poland.

“At first my mom visited us, and promised us that we would return home as soon as possible…we were there one day, one week, one month, then one year. We had to forget about our family ever being together in one place.”

Wiola only discovered later that the reason she and her siblings were taken away was that both her parents were alcoholics. “They were good for us,” she explains to me, “but we needed a better home with a bathroom, because we didn’t have one in the old house. We need clothes, food, and a good environment.”

Wiola still thinks about what it must have been like for her mother to have her children suddenly taken away. She feels sympathy. “My mom tried to be with us, but now I know that it was too hard for her. Can you imagine that you have children at home and suddenly the house is empty?”

Her family was torn apart, and Wiola was left to grow up in an orphanage, surrounded by other children and cared for by sisters. But it couldn’t last forever—at eighteen, Wiola was legally an adult in Poland, and she was aging out of the system. She was about to have to fend for herself.

Fast forward to 2015, and the two of us are speaking over the internet via Skype.

For two years now Wiola and her sister have been living outside of Warsaw, not far from Pope Pius XI Orphanage in Chotomow, where they grew up. Their youngest sister, who is nineteen, still calls the orphanage home. Instead of a mother and father, they were raised by the Servant Sisters of the Immaculate Conception. Instead of family portraits there were pictures of past popes adorning the walls.

Despite the challenges she has faced, Wiola has an undergraduate degree in psychology and recently completed her master’s degree in management. Now she works in Human Resources for the Royal Bank of Scotland. No one would ever guess that twelve years ago her life was upended; but against the odds, she has emerged as an educated, young woman with a world of possibilities. But she didn’t do it alone. 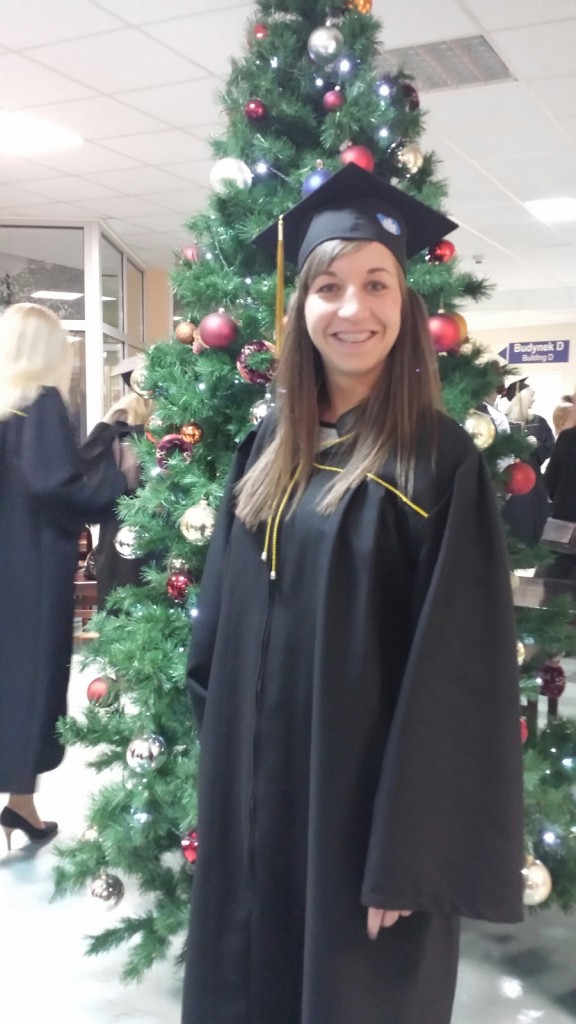 Wiola at graduation from her university studies.

Living in the orphanage, Wiola had big dreams, desperate to break free and find something better—make a life for herself outside of this small complex of buildings in central Poland. University, a master’s degree, life in New York City in the United States; she wanted all of it. The only problem was she didn’t know how she would find the financial means to make her dreams a reality.

It so happened that she connected with Colleen Cheney, who has worked with CARITAS For Children (a Catholic charity specializing in child sponsorship) for more than a decade, as the director of international programs. Residing in Warsaw, Colleen regularly checks in with the Sisters at the orphanage as CARITAS For Children provides financial support for several enrichment programs for the children including English language instruction which is a staple for moving on to university studies or a professional career. On one fateful visit, daydreaming of New York City, Wiola told Colleen her dreams.

What Wiola didn’t know was that not long afterwards, Christopher Hoar, CARITAS For Children’s founder, was sitting in an office in Milwaukee, Wisconsin in the midst of a business meeting. “We’re looking for someone to sponsor a child,” he said, “a girl who is aging out of an orphanage in Poland.”

Caritas is the Latin word for love—CARITAS For Children quite literally means “love for children,” the goal being to support children in need, both financially by connecting them with sponsors to help pay for their education, but spiritually through Catholic child sponsorship programs that partner with indigenous religious such as the sisters who cared for Wiola at Pope Pius XI Orphanage. 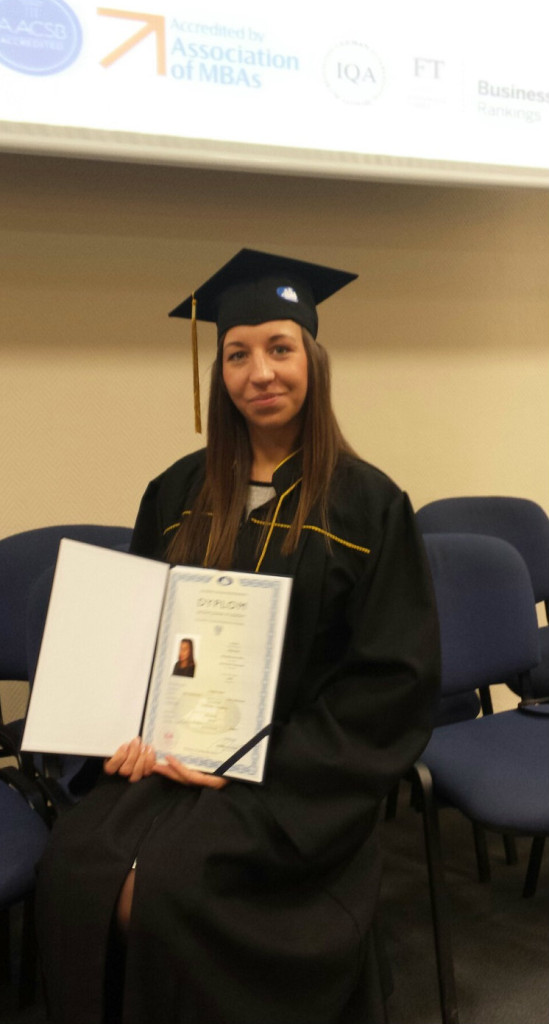 Wiola with her diploma.

Wiola first learned that a plan to support her was underway in September of 2009, when she was asked to Skype with a family in the United States. She smiled when asked what they talked about. She said her sponsor family asked if she would like to study at university. She said yes, and then they offered to pay for her education.

It was a dream come true for the girl who had found herself entering an orphanage at the age of thirteen, and she wasn’t about to let it slip through her fingers. One year later, she was invited to visit her sponsors in the United States—where did they take her? New York City. Since that first visit in 2010, she has been back to the States twice, including a five week internship working at her sponsor’s company. She was even able to attend the wedding of one of her American “sisters”, the youngest daughter of her sponsor family.

Wiola speaks to her sponsors about once every month over Skype, and they trade e-mails back and forth, staying up to date with each other on the latest news—engagements, wedding plans, new jobs. Even though she was never officially adopted, she has a family, complete with parents and sisters, in addition to her biological siblings. Child sponsorship provides the love of family for children like Wiola. Sponsor families and the children they support can build lifelong relationships.

Life has turned out well, but I still wonder if Wiola regrets those seven years spent living in an orphanage—if she wishes they hadn’t taken place at all.

“Was the orphanage a good place to live?” I ask Wiola, pen poised over the paper to record her answer. “Was it worth it?”

She hesitates for a moment, as if gathering her thoughts. “Now I can say…yes—I have no idea where I would be without the orphanage. I wouldn’t be who I am now.” She smiles. “I can say that I am happy I was there.”

On Thursday, February 12th, be sure to read the via Caritas blog for a story based on a recent interview with Julie, Wiola’s sponsor.