Running with the Girls

I have been teaching Primary Three and Four at Stella Maris School for three weeks and am amazed by my students everyday. Their determination to succeed shines through with every lesson. Many girls strive for perfection. It is also evident that they genuinely want to learn. Never have I heard anyone complain about course work, as I believe is typical for nine year olds, but rather they ask for more problems to do on their own. One of my favorite conversations with my girls occurred after we finished a math lesson early. I asked them what they wanted to be when they grow up. Among the most popular responses included the following: doctor, lawyer, businesswoman, bank manager, nurse, and pilot. A sad reality of being born into an impoverished family is that it can be nearly impossible to attain these dreams; however, for the girls at Stella Maris, and more noticeably, for the CARITAS girls who otherwise would not be able to someday live these dreams, a new reality is formed. All of my girls know that they will have successful, prosperous lives, and for those receiving CARITAS sponsorships, they know they will be able to end a circle of poverty. 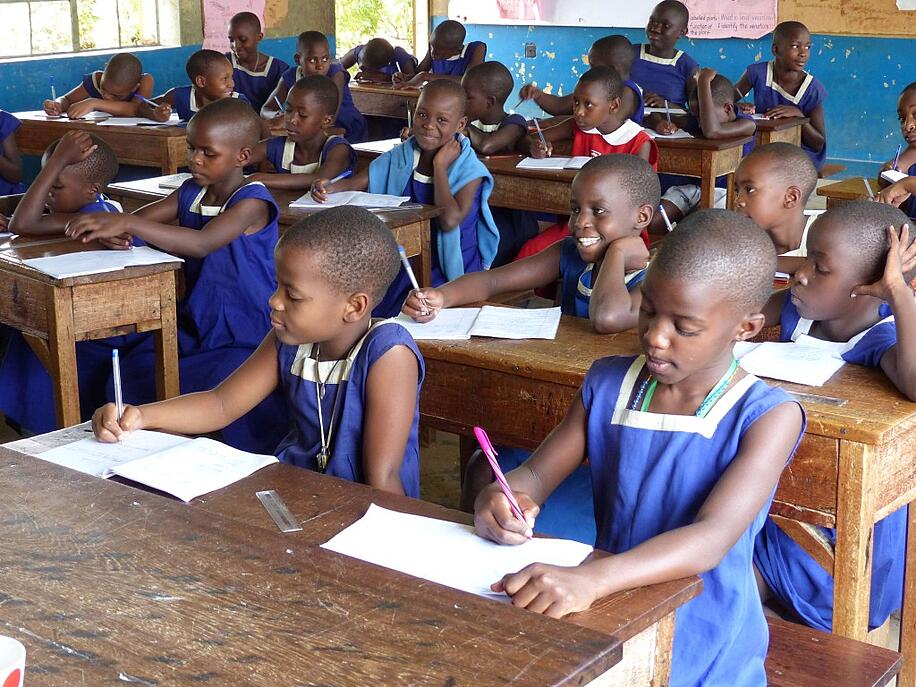 One of my favorite parts about interning at Stella Maris is that I have the opportunity to meet the girls after school so that I can talk and play with them. I usually go around five which gives me a good hour of socializing before they have dinner. One evening I decided to go on a run on the school field rather than play. I attempted to enter the schoolyard without anyone noticing; however, that did not happen. I managed to make it down to the fields but then one girl exclaimed “Hello Teacher Samantha!!!” and before I knew it, about 30 girls had come down to see me. I was still determined to go on my run but decided to invite the girls to exercise with me, honestly expecting no one to join. To my surprise, about half ran alongside me. The little ones took some short cuts but there were still a few Primary Four and Fives that were able to keep up. After we had gone around six times it was time for dinner but before they left, the group that ran with me asked to train with me everyday. I don’t remember smiling as much as I did after they asked that. Never did I think I would come to Africa to train with girls at a Primary School, but yet again, I believe I should now expect many pleasant surprises… Below is a photo of the girls who ran with me. 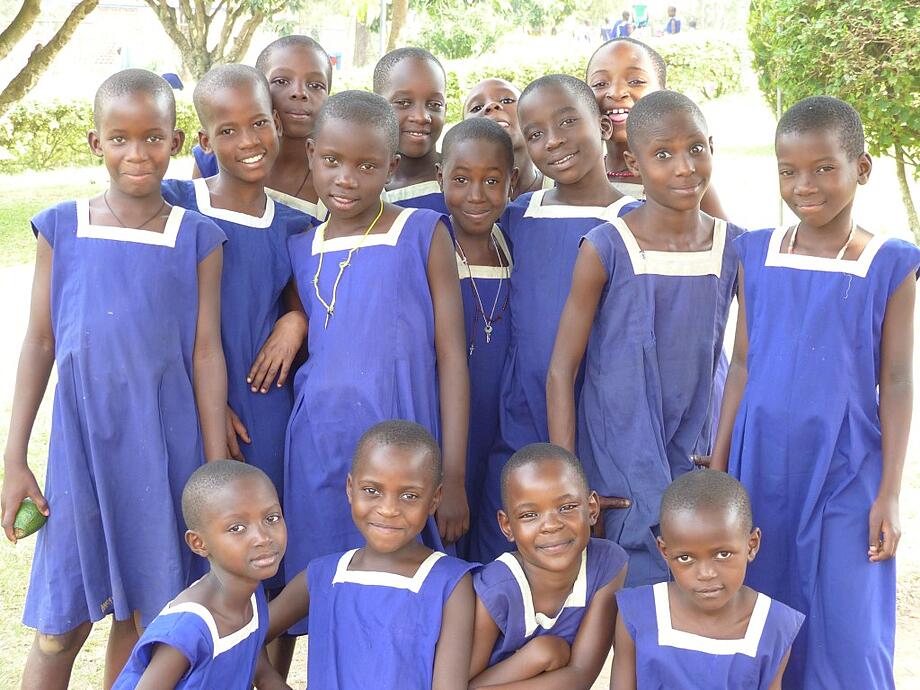